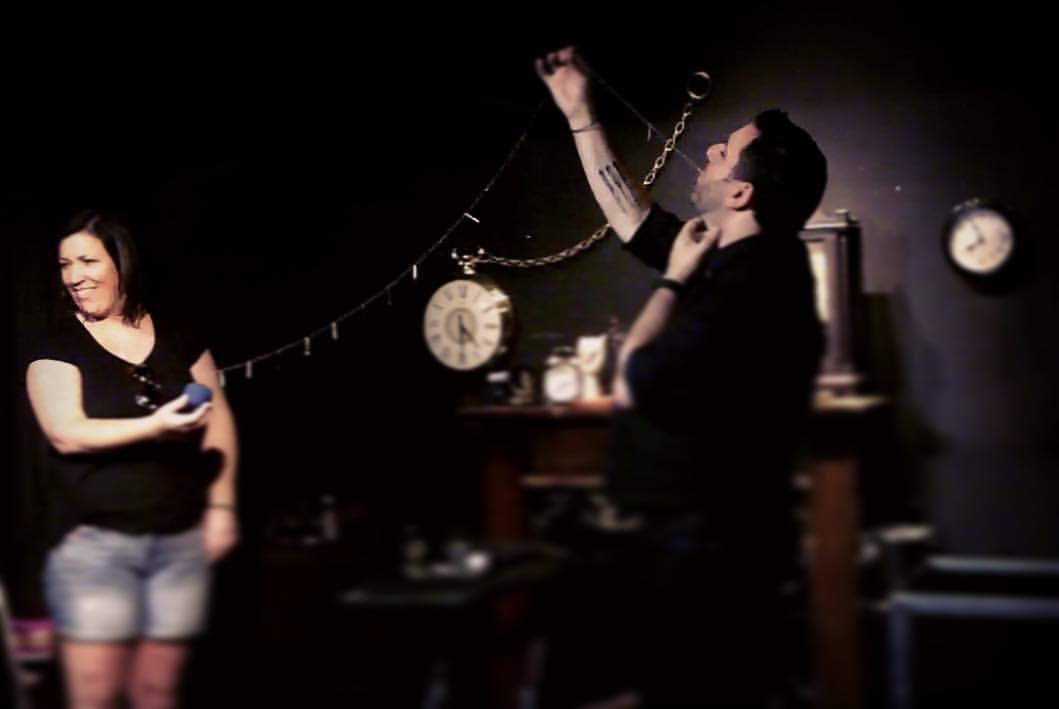 WHILE MIKE SPENDS A GOOD PORTION OF HIS TIME PERFORMING HIS STAGE SHOW, HE IS AVAILABLE FOR PRIVATE BOOKINGS AND SPECIAL EVENTS.
WHAT MIKE'S CLIENTS HAVE TO SAY ABOUT HIM...


​“Mike clearly has a deep love for his craft, and he delivers both a magical and inspirational experience to his audience!”
-Domenick Carino, Retail Business Leader, Apple Inc.

"One of my favorite magicians!"
Dan Hauss (Magician, Creator, Consultant for David Blaine)

“…The true evolution of a magic show; his performance will leave you hooked, and wanting more when it's over!”
@PARTYNERDZLIVEPODCAST
​
"Mike, I can't thank you enough for the incredible magic you put on display at our holiday party, hosting wealthy investors to a party is always more work than fun. With your great magic and infectious personality, you were just the right mixture of work and play. I will be sending you referrals for sure! Thanks again,"
-Christian Tamburro, Vice President Of Business Development, Par Funding


“In the 10 or so minutes Mike spent with our group, he’d made a playing card appear in my wife’s purse, skillfully removed our district manager’s watch, and made another chosen card appear to call my personal phone! I’ve seen magicians, and I’ve seen guys who do tricks- Mike is a magician. He’s more than that- he’s the real deal!”
-John Allen, Regional Sales Manager, T-Mobile


"I have hired Mike Paldino on numerous occasions to entertain a variety of groups on our campus. My work requires me to find engaging performers who will appeal to college students, alumni and parents alike. That's not always an easy task. Whether it's a stage show or walk around close up magic at an event, Mike blends appropriate humor, banter, and illusions to thrill and entertain the crowd. He has become such a fixture on our campus that whenever I plan a large-scale event someone always lets me know that they 'hope we're getting Mike Paldino again'.  A pleasure to work with and a consummate professional in his field!"
-Dan Nugent, Seton Hall University


“We’ve had other magicians come to perform for our students, but when Mike comes to campus, he always brings an element that is unique and fresh. Never content just to entertain, he aims to challenge his audience’s perceptions, to get them to really think about what they are seeing and how they see it- and that’s what makes him different.”
-Student Activities Board, Seton Hall University


"Mike was a wonderful addition to our company's "new office party"! he mingled effortlessly with all the guests and amazed them with several card tricks and illusions. He was professional and personable! We highly recommend Mike and hope to have him back for future events!!"
-Diana David, TalkSoft


"We needed something to make our 400 person corporate holiday party extra spectacular after we had our best event ever the previous year. Hiring Mike is what sent us over the edge and took our event to the next level this year. He was such a hit that we asked him to stay over an hour longer than we'd originally booked! Being friendly, professional, and accommodating, Mike agreed without hesitation. We can't wait to have him at another event in the future!"
-Kristine Kiphorn,  BOMA Philadelphia


“The contents of ‘The Box’- WOW! The magic performed- WOW!!! Another amazing performance...”
-Lori Speilman, Events Coordinator, The State Theatre Of Boyertown


“Paldino did not disappoint...”
-Rebecca Blanchard, The Boyertown Area Times


"It has been one week since our son's Bar Mitzvah and the one aspect of the event that people are still talking about is our magician, Mike Paldino. Aside from being a nice guy and very professional, his magic was awesome!!"
-David Snyder, Client


"Mike is a professional and did a great job for our event. We recommend him!"
-Nick Paul, Client


“My wife and I hired Mike to entertain guests at a party at our house.  Mike roamed among the guests throughout the night performing amazing tricks for individuals and small groups to the pleasure and astonishment of all.  He was fun and pleasant and never intrusive.  He has an understated style that seems to complement his tricks making them all the more surprising and delightful.  Great guy.  Great night.”
-Gaeton Zorzi, Client


“(Mike) did a great job at the party... and had us all fascinated, not to mention how much we all laughed!!! Thanks again for making the evening very special!!!”
-Celia Sarajian, Client


“Just wanted to thank you for an awesome performance last Saturday. It was interesting to be able to see your art performed up close. I use the word ‘art’ because that is exactly what it is. You were flawless. My only disappointment was that I couldn't catch you. The illusions kept getting more and more amazing. I especially liked the origami dollar and the shield on the dollar that you erased and moved. If anyone asks us to recommend a performer we will be sure to mention you. Thanks so much!”
-Barbara (and Larry) Coia, Client


“No one could believe what happened! There was a small group gathered in the dining room watching Mike perform, and one of the guests, as if to challenge him, said ‘ok, now show us something good’. With a smile, Mike very enthusiastically asked the gentleman to name any card in the deck he wanted (the 10 of Clubs was named), and then proceeded to hurl the deck in the air across the room. When the cards landed Mike once again asked the card be named, which is was, to which Mike replied “Look inside that bottle”. Inside a SEALED wine bottle was the 10 of Clubs. My guests ran away cheering... I’ve never seen anything like it before, or since!!!”
-Amy Harris, Client


“Mike is much different than other magicians I’ve seen. He’s personable and puts the audience’s needs first. He’s not afraid to let them in on the real secret- that he’s not really ‘magical’, he’s just really good at what he does. Most surprising to me is he doesn’t stick to one thing- he loves sleight-of-hand but is seemingly equally happy putting sewing needles in his mouth. Don’t even ask about the acupuncture needle.”
-Paul Cullen, Client


“I was told not to ask about the needle thing- I just needed to see it to believe it. Well I saw it- and I still don’t believe it.”
-Jason Greenberg, Client